With only half an ear on anything, as usual, I forget Vinny said we were leaving at 2 and checked out at 12.
Locked out of my room now, as I was, I sat in the bar with coffee and waited, messaging my fuck up.

We left at one.

I have had a few dullard moments this tour.
Both passport and iPad have been left in hotel safes a couple of times, and I have only remembered when arriving at other cities.
Twice my stage dresses were abandoned in hotel wardrobes.
I am keeping couriers in business.

The day is brisk and bright and we arrive in an iridescent Cambridge before 3pm.
The crew are doing line checks. That raises uncomfortable feelings in me of old.
I am glad I don’t tour with live drums.
The repeated ‘flats in da-gen-ham’ of a drum check raises the
be-Jesus in me. It used to signal anxiety. It still does even though I am no longer afraid.

Vinny takes in my bags, and I walkout immediately, taking a photo on my phone from the auditorium as I go.

These streets are familiar.
And this light.
I know my way and I head there, passing a bloke in a bin.

Two of my kids were at university here. Their spouses too.
They have short terms of only 8 weeks so at the end, and beginning of each term, their rooms in halls have to be emptied and then refilled of every item.
Nigh on 8 years that had us hauling boxes and books and computers 6 times per annum.
More ghosts to walk aside on days as bright as these
I visit their college briefly, then come back to catering for soup.

My eyes are caught by the walls on the stairs up to our eating room.
They have a timeline of artists that have played here.
I go down one, and back, then up two of the three flights.

Been a biggest selling female singer.

I turned down the theme to Top Gun.

It didn’t take my breath away.

I was asked to sing for the Pope.
First Time Ever I Saw Your Face.

They asked me to cut the line
‘First time ever I lay with you’.

Where, I asked, does it say
‘First time ever I lay with you without the sanctity of marriage’?

Didn’t fancy it though. I’m lapsed.
Never fully formed to be fair.

I sang the National Anthem, bringing on the English Football team at Wembley in a quarter final.

Even if some cunt did sing ‘Who ate all the pies?’
Allegedly.

I didn’t hear it.

Besides, it got us the best seats and a lift without parking issues, so they can kiss my fat arse.

My name is a glaring omission.

I feel like Alan Partridge not getting asked out to the Folies Bergère when even the Clowns and security guard Steve went.

What does it take to get on your backstage staircase wall,
Cambridge Corn Exchange?

I moan about that a bit.
Then sound check.

It’s a fine looking room. Quirky in a way.

It sounds a bit washy but I intend to nail it.

Tonight I am entirely in the mood. Plump with belligerence.

I want to talk in warm up but Sean is schoolmasterly and won’t indulge me.

I go on and I love it.
I love spotting the little groups and individuals who are wheeling dances in seas of still.
I love that those still, are listening.
I love that I recognise faces from t’internet.
I like the way I feel.
I am earning inclusion, Other me.
Insisting on it.
I fuck up Love Res because I’m so full of myself.
That’s ok.
I don’t mind a restart.
And these people are lovely.

I go straight from the gig to the car and we head for London.

We stop in a McDonald’s and I totter in with mussed hair and too much melted make up and a sweaty dress, looking like an old club lush, and change into my civvies in their ‘Out of order’ toilet, and buy a take out cheese burger for the privilege.

I think we have decided our optimum set list tonight. 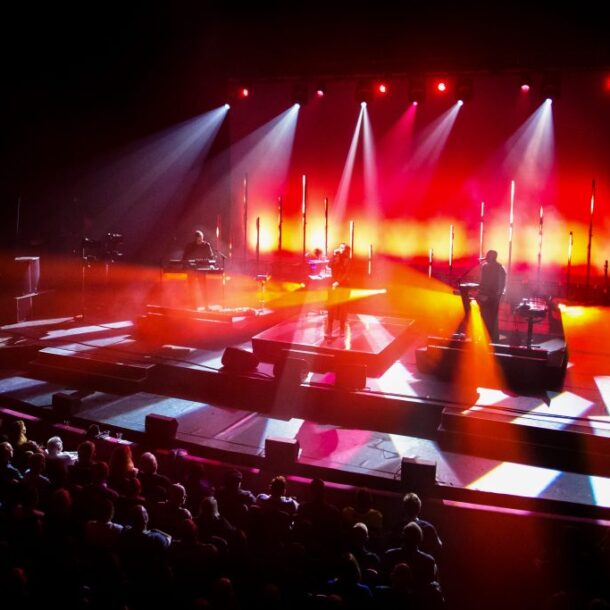 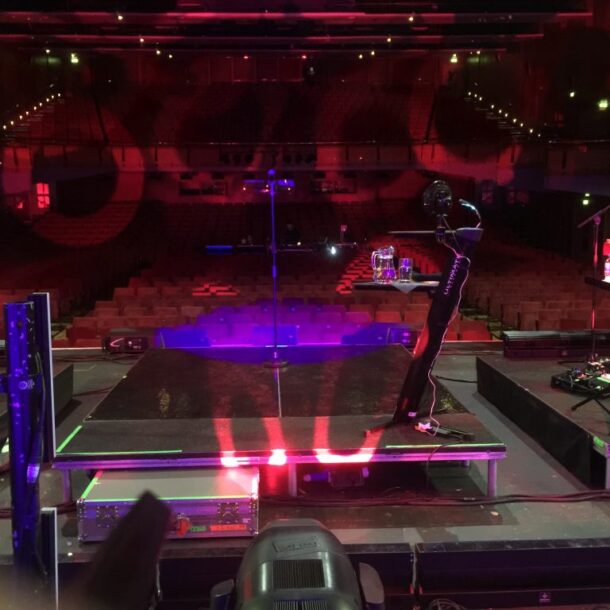 SOUTHEND. A SALMON RETURNS, NOT YET TO DIE. 11TH NOV.
Next Article