Bags packed and arse in a car, I am back on tour.
Flying to Cork takes a mere lunch hour and I am in beautiful Ireland again.
Checked in, G and I stroll to tomorrows venue – Cork Opera House – via the shops to buy a dress I had asked them to put by.

We have a final production rehearsal tonight.
A vital piece of Sean’s equipment has been left on the bus, so I go for a wander alone while we await its delivery.

I think I probably need to travel with white wine vinegar.
It is a thought that occurred.
I go into Marks and look for it.
These shelves are strangers and seem to shuffle like Hogwarts staircases.
There is a young brand-bearing fellow pressed tight into an aisle of jars.
He turns one jar repeatedly and casts sideways his eyes, furtively.

I know that look.
He wants to seem busy in order to avoid approach.
I empathise.
Then I approach him.
Face your demons, young man.
I am here to help.
I look like something from the underworld.

Please can you tell me where I might find the vinegar?

He goes back to experiencing
360 degrees of the same jar.
He will experience work soon enough.
For now, merely adjusting to the strip lighting is shocking.
I remember that.

When I get back Georgie and Dougie are hovering anxiously at the back stage door. They know I go off with the fairies and wondered this time how lost I was.

The equipment has still not been located so we have dinner.
We have tour caterers now we are in Ireland and the UK leg.
So long as I don’t hit the puddings, my stage outfits should fit for the whole run.
That would be convenient.
Daily cheese sandwiches and a newly discovered penchant for vats of red wine have chunked me up like a big bastard steak and ale pie.

It’s a lovely theatre. It’s quite wet so the lads had to adjust for it.
The manager of the venue was impressed with our lighting rig. Never had the like there before,
he said, it was like having Pink Floyd.

After I have finished doing what was needed of me, I went to my hotel room to continue with my Trappist Monk touring existence. They have wine at communion and I get up early so I recon it’s pretty identical.
Other than the vag bit.

In the morning on the telly there is a show about revenge bodies.
They are all up the gym.
I don’t want revenge, I just don’t want to buy another wardrobe.
I determine to get fit.
I could start by going for a walk, so
I stayed in my room and pratted about instead.

I am mildly anxious because inadvertently my visit here has fallen on the weekend of the Cork Jazz Festival, and protest as I might and indeed have, somehow my gig has been added to these listings.
Under that umbrella.
Time and again.

Playing an electronic set built around my ‘Other’ album, I obviously don’t want people wasting their money, mislead into expecting ‘That Old Devil’
and pissing me off shouting out for it all night.

We are assured that the two have not been conflated.
I am sceptical.

We meet in the foyer to go to soundcheck, where we are joined by Vinny.
Vinny is my driver/security/mate.
He is with me now for the next 2 legs.

We drive to the Opera House.
We do our checks and the crew have done marvels.
The sound onstage is now to my taste.
We have dinner in our makeshift communal dining room, and I do shun the pavlova with all the pain and backward glances of a spurned lover.

We have a flight case standing wardrobe arrived that I will share with the band now.
I unload my stage luggage into it. Sign some CD’s for the merchandise stall, and then set about coaxing my form into a semblance of show state. A few chapters of a Shardlake book being read out from my phone app.

Our opening act in Ireland, Pat Dam Smyth, has charmed G.
She says he is a delight.
I have yet to meet him but shall in Dublin. She likes his vibe and trots off with her camera to shoot his likeness.
I hear distant, lovely strains from my back stage den. The audience are enjoying him very much.

We warm up. We drink sambucca. I feel a bit tight tonight.

We start our show with great drama and aplomb, if I may say so myself.
The audience are massively welcoming and everything feels great.
Half way through the first song, though, computer says ‘No’.
Some channels die and I am faced with only our voices and live keyboards working.
Normally when there is a fuck up – more often than not mine, I restart without any snit of shame.
As it happens, I was doing fine.
I didn’t want to lose the gravitas of the opening, and besides, I was rather enjoying dominating proceedings and it sounded freakishly interesting. So I finished the song thus, the boys dutifully following my lead.
It might have sounded deliberate had I not asked afterwards, before we continued, if they had sorted out their shit yet.
I don’t have much of a poker face and false steps don’t rattle me as much as the next.
I am so experienced in maze life.

The rest of the gig runs without upset. I think I sound a little hoarse but I did ok.
We take the audience through all the colours and they seemed very happy to journey with us all.
They listened, mostly.
It is Halloween weekend and a Friday night to be fair.
They were also very happy to be up on their feet at the end, disco-ing like disco fiends.
We had a splendid time.

In my room, I was in my room doing in my room things.
I watched the clock.
I didn’t wait for it to stop.

28/10/17 This morning I pulled on body coverings. This means dressing with little regard for your appearance and I have nailed that look today.
I went down to breakfast and had 2 carafes of coffee and a boiled egg/toast.
I just so happened to have sat next to a very nice couple who say hello and tell me they were at the show last night.
They were very kind and not at all intrusive, but I was aware how dreadful. No. Really dreadful, I look. My vanity told me I had let her down.
She should have said something earlier.
I wouldn’t have listened.
I told my vanity that like the Australian check-in man, they probably too think this is just my cunning disguise.
I decide I have won that argument.

I pack again, Grrrrrr, and meet G and Vinny downstairs for our drive to Dublin.

On the way, we stop at a service station.
G does a meerkat.
I can see her reaching for her camera.
A hearse is parked in the carpark, complete with coffin cargo.
Going in to buy a coffee we pass two funeral directors leaving the diner.
Walking slowly.
I guess a funeral cortège never runs at a pace and the dead are in no rush.
She takes a picture. That’s her nature.
I tell her she can’t post it though.

After the gig and this morning I have been buoyed by lots of brilliant reactions to last nights show.
Naturally the one part negative post catches my eye.
Him and his mates thought I should have kept new songs, this to him means everything recorded in the last 20 years and includes this ‘Other’ album which is the reason this ‘Other’ tour is happening, to a maximum of four songs.
The casual listener always thinks I should prioritise them over fans.
Funny sticks.

It’s like going to see the Titanic and then writing to Kate Winslet to say you’d prefer if the boat didn’t sink and that maybe she’d like to consider that for the next showing.

I love analogies.
All sorts of analogies.
I simply love them,
and not just those invented in the 80’s. 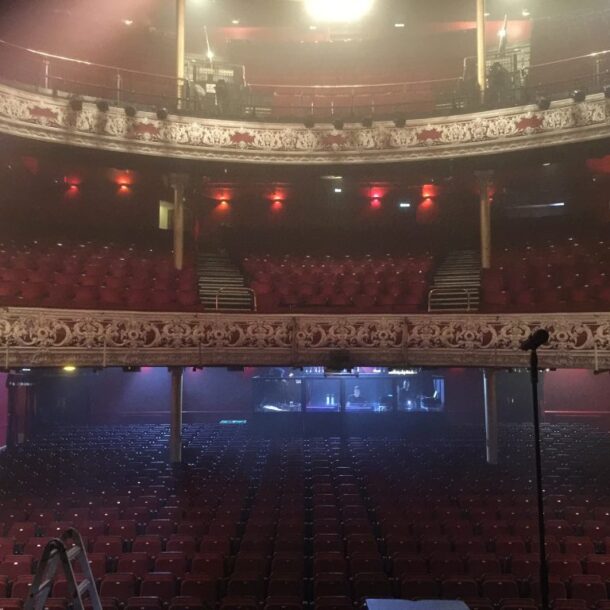 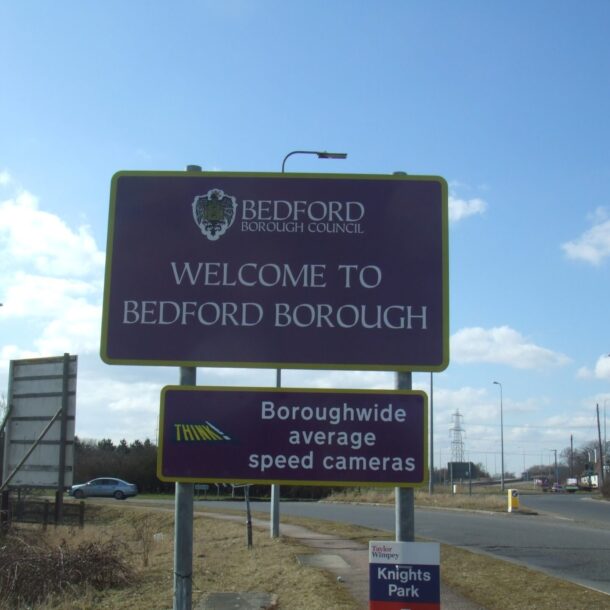 PRODUCTION REHEARSALS, AND OTHER STORIES NO ONE HAS ASKED FOR. BEDFORD. 23RD OCT.
Next Article