Gold and russet leaves bedeck the verges of the roads and the sun hazes through cloud draped skies.
I would be able to smell autumn keenly had i not fucked my nose with First Defence. Either way, I know it in my bones.
G left for the Mainland earlier this morning. Vinny and I journey on from Belfast together.
The hire car is deposited in the depot and we are set to fly to Newcastle.
It is a day off officially, although it will be spent packing, checking out, travelling, and checking in.
Our plane is an hour delayed.
By the time we arrive it is dark already.
We bid one another adieu until tomorrow and take to our rooms.
Mine is a nice room, although mood-lit. I don’t like that.
I like to be bathed in light when I am not reclining.
One of the things I seem to be doing most is stroking walls.
So many different rooms and the light switches are to be found arbitrarily.
I am confused by the incessant changes.
Many is the time I have had to go to the toilet curtesy of my phone light.
I think of those Horror Films.
Why don’t they turn the fuckin’ lights on?!
They can’t find the switches.

I wash some clothes in the bath and hang them out.
I order room service soup and a small salad, and the next thing I know is that I have woken up with the lights and telly still active.
I remedy this.

In the morning I take breakfast in the hotel and then walk into the centre.
We are slightly out of town, and the walk isn’t pretty.

The hodgepodge of thrown up buildings that we see bordering any city near and far are testimony to all the decades I have inhabited, and of the architects who make neat drawings that animated, weather-date charmlessly.
Soon though, I am in the heart and what I see is very fine.
These are imposing terraces of buildings. Neutral shades of natural stone. Both broad and cobbled streets and all seeming of great import.
I find it to be a very handsome city. It all reads historic and proud, and I determine to learn more about it.
I like how it feels very much indeed.

Back in my room, I take a bath and listen to my audiobook which is now Pullman’s La Belle Sauvage.

I pack my gig case and meet Vinny in the hotel yard.
We are going to pick G up from the station.

She has decided to come to the Gateshead gig after all as we have adjusted the set and she wants to see the changes out front before being called to other business.
The Sage is a modern affair.

Comfortably seated in something of a half hexagon configuration, give or take a side or two.
It has three generous tiers that run from stage side left to right.
It is always a favourite to play for having such reliable sound.
It functions as well with electronica as it does an organic band.
Today we are joined by our opening act Hannah Peel, who accompanies us for the rest of the UK tour, bar Brighton where I am to be joined by friend and local heroine Heather Peace for my benefit show for The Samaritans.
Hannah is an astonishing, autonomous creative. The sounds she produces unsettle and engage.
So many layers to discover. To peel away and look beneath.
There are issues at soundcheck. Some replacement part is needed so we are delayed, but being as worked in as we are now, and in such an unchallenging room, we are quickly done.
Dinner. Rollers. Make-Up. Chicken Truss. Audiobook – Check.
Our warm up conflicts with Hannah’s stage time but we pause a little to hear. The audience are attentive. Very good.

Our opening today is just how we planned. It works today the best of all.
The auditorium is sold-out-neat.
Clean rows all accounted for.
Far and high.
The silence during the songs is so perfect it is almost disturbing.
The concentration, though, is highly gratifying. There is nothing that throws my focus or takes me out of the song.
This truly is a listening audience and their appreciation is generous.

Later, though, I am told there is a theme to this tour.
A couple of men fight at the back apparently and the house needs to do some seat shifting.
There has every night been one pair punch up. Usually though, it has been women.
Where are you going tonight?
Oh. Up the Alison Moyet.
Punch up?
Yeah, go on then. Just a quick one.

I have been bought a flask.
This one is for after-show soup in my room.

Night times are getting racy. 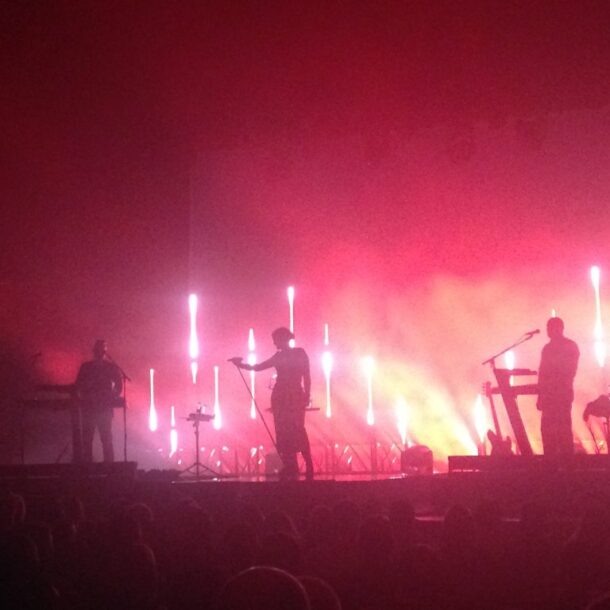 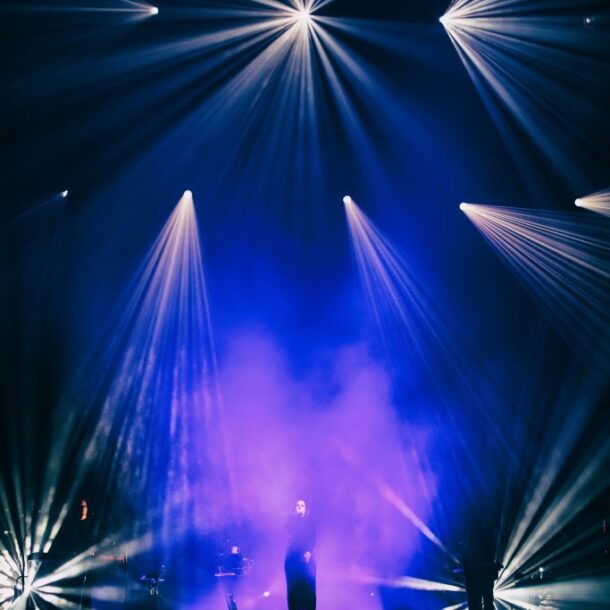