REVIEW: THE STANDARD ON ALISON MOYET LIVE AT CHELSEA

John Aizlewood has given a lovely review of Alison’s performance at the Royal Chelsea Hospital.

Review at a glance

It’s a safe bet that in its 333-year history the Royal Hospital Chelsea has never seen anything quite like the last three evenings. The imposing courtyard of one of London’s most venerable buildings hosted three coffers-benefiting concerts: Rufus Wainwright played on Friday, Damien Rice on Saturday and last night Alison Moyet braved blustery winds and an unseasonable chill to play her first British show of 2015.

More than 300 ex-servicemen and women — the Chelsea Pensioners — live in the building partly designed by Sir Christopher Wren and, cementing the link between venue and artist, Moyet was introduced by one of them.

Cockle-warming and sassy, Moyet —54 on Thursday — was the right woman for this potentially tricky job. Her two-man band dabbled with guitars, but mostly their walls of dazzling electronica provided an updated version of Moyet’s first successful act, Yazoo. The format was win-win: it showcased her extraordinary voice and squashed her tendency to blues things up. Predictably, but no less gratifyingly, it worked a treat.

Is This Love?, All Cried Out, the glorious, albeit half-forgotten, Ordinary Girl (“they played it a lot on the radio: you just didn’t buy it”) and Yazoo’s Only You, which still packed an emotional punch after 33 years, were spartan and drenched in menace. Serendipitously, This House’s “It’s cold in here” refrain coincided with the very moment I lost all feeling in my fingers. The relatively recent All Signs Of Life (“about my husband when he’s on his bicycle”) and Apple Kisses were more hardcore than she’s ever been. 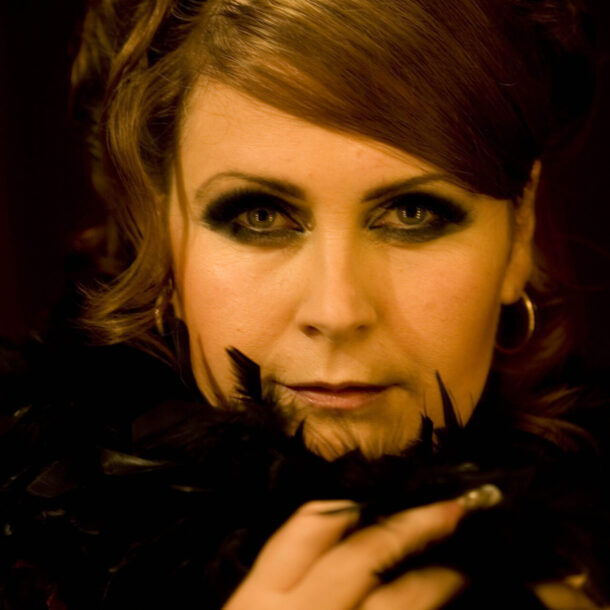 ALISON MOYET TO RELEASE DELUXE EDITIONS OF HOMETIME, VOICE AND THE TURN
Next Article