It is a day off. My voice will reboot. A day off means no singing.
We will be travelling nonetheless.
We determined to leave by 10:30am
Remarkably I slept beyond the time allowed to make hotel breakfast.
I’m not fussed by their poncy yogurt based fruit cups anyway, and the ‘soft boiled’ eggs could down a speedy miscreant in the right bowling hands.

I had originally thought I would go to the museum this morning.
They have a Bonny Prince Charlie exhibition.

It would make me feel more than just an eternally seated lush.

The drive will take 8 hours, though.
Better to nail it with energy enough to wash my clothes at the other end.

Vinny kindly came to my room to collect my heavy case for the Cristal Maze heft downstairs.

Before we leave I find a cafe that sells me a coffee to go and a sausage bap.

I have been having feverish dreams.

The night before Glasgow it played thus.

I had asked who the strange women were chatting back stage in my room.
An old backing singer said they were her friends.
She was in a band with them.
I said I preferred there only to be tour personnel around me when I was warming up for the show.
She asked me, incredulous, if I was kidding.
She and Dougie, who was stood behind me, exchanged knowing looks.
They sneered and raised eyebrows. I felt humiliated.
I said that I did mean it, and raised my voice.
Dougie said I didn’t pay him enough for this shit and he quit.

I ran away into a field, a festival field, and leant against a random tall oak trestle beer table.
I was drunk and maudlin.

I saw an old musical director of mine, and asked him if he was still with his Mrs.
He got tearful, and I was aware I’d said the wrong thing, even knowing he had been fucking around on her, and had been batting above his weight with her anyway in the first place.
His friends comforted him.
I was shunned again.

I knew my team would be concerned for the show, and I got back before stage time, but they had all left.
They had cancelled my appearance and were gone.

A promoter said that she had rescheduled me for later, but I couldn’t find my band.

My room was now a long corridor and it was full of randoms.
Hanging out.
Careless.
Louche.
I couldn’t find my stage clothes.
I couldn’t get straight.
I was picking between prostrate bodies, desperate to find my things.
I was a loping drunk and I couldn’t get straight and no one had come to find me.
Debbie, my old manager, appeared.
Oh, Hun, she said, and laughed indulgently, not unkindly.
I was frantic.

I was glad to wake up.

My gig nightmares are always about me not being able to find my things.
Not being ready on time.
Not knowing the songs.
People walking out of already very thinly populated auditoriums.

Sometimes I do rolling about ballet.
That means sausage rolling on the floor, half asleep, sticking the occasional leg or arm up.
It’s very attractive, as you can imagine…

It’s a long drive.
I have written my thoughts for most of it.
It is dark.
Vinny has had a bad burger.
He needs to stop.
I had shit nuggets.
That’s the second time in a row Burger King have not given me the promised dip, and I’ve found out too late.
Without a barbecue sauce envelope, those tepid memory foam monsters taste pretty grim.
It’s like eating your own deep fried lung or something.
If I’m going to eat shit food and wasted calories, at least give me some poxy endorphin-joy payback.

We get to the hotel.
It is functional.
I have no energy.
I am going to watch The Apprentice on BBC iPlayer on my iPad, and then play Candy Crush.
How the other half live, eh? 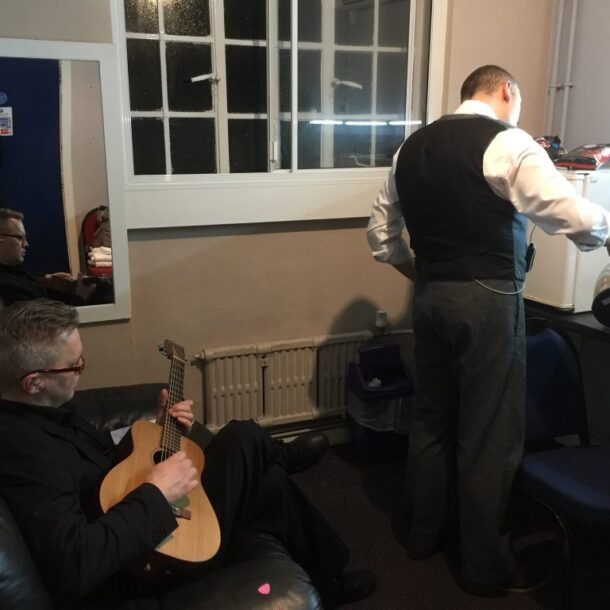 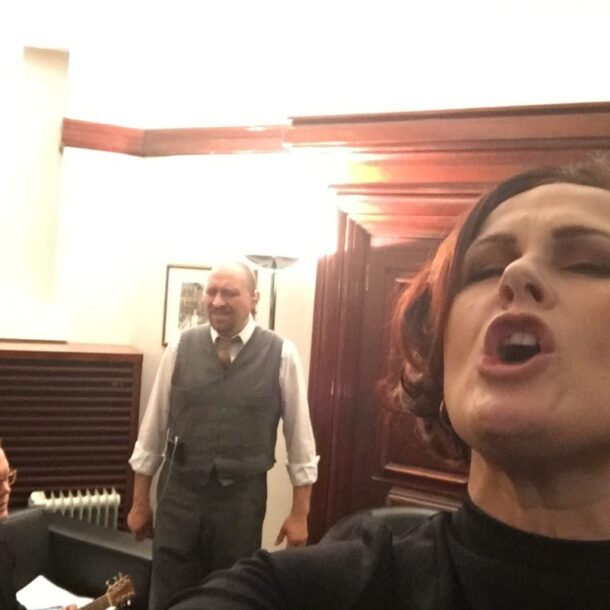