The flight from Adelaide to Melbourne is, in the scheme of things, a mere hop and a jump.

At home we would cover the country, but here, as with America, cities seem like countries all of their own.
Like a collective of Andorras maybe, only very cosmopolitan and looking nothing like Andorra.

I haven’t been to Andorra since I was 9.
Maybe it’s a veritable Metropolis now.
I digress.

At check-in, the friendly chap has seen from our party passenger list and from some unseen notes, that I am her off the telly.

He has watched me in any event on a morning show recently flogging my wares.
He asks more questions about my life than is usual for the nature of our exchange and I am not dismissive, but don’t expand vastly.

G follows me to his desk.

She’s got a good disguise, he says to her in my hearing.

I am looking my usual pre-show post-show, up the supermarket rough.
I look lived-in.
I scrub up well on the night, if needs must, but I’m no show piece in daylight.

Landed and arriving at the baggage collection, three youngish men approach me.

I don’t know how they knew I’d be there.
They are not fooled by my ‘disguise’.

One sullen fellow says he wants a picture with me.
I try to be charming and plead the morning.
I didn’t fancy pictures.
I look trollied.
It was of no consequence to him, he said, unsmiling, and lifts his phone.
I look to G with help-me eyes.
She says some magic words, kindly, and the fellow huffs resentfully.
She’s happy to sign anything, she says of me.
I nod the truth of it.
A lad who has thus far said nothing lifts a flyer or something, silently.
I sign with probably all the love in the airport, and I glide off like a smart tug boat.
It’s a fucking mental job.

We get to the hotel and my heart sinks.
The queue is as long as that for an ice cream van in a heatwave.
Thank the good lord. Robbie our tour manager has advanced our arrival and we are met by charming hotel management with our keys and rooming lists ready in envelopes.

The hotel is lush.

I open my door and am delighted.

They have allocated me a loft suite with an incredible view and there is a fuck-off bath with a telly.
No film channel, Sydney rules the home entertainment, but this is tremendous.
I text G that I want to do a legger after the show to make the most of it.

We leave for the gig and arrive at the Marriage Equality Arena in good time.

Back stage is very comfortable indeed.

I have a large reception room with long sofas serving 2 dressing rooms with toilets and showers. The make-up tables are perfectly well lit.
I sound check lightly as I have had no warm up and feel a bit dry from flying.
I get ready listening to my audio book and G amuses herself in the lounge, photo-shopping pictures of me to expand on my Rarest Birds sky-glancing shame, which between her and Dougie has been exaggerated into a ‘releasing the dove’ sketch.
Arseholes.

Dinner again is all kinds of splendid.
I have chicken and chick peas and and couscous and too much of it.
I have three hours before the show so should be able to stand by then.

There are outrageous pies and magical cakes too, but sugar makes me mental, so I abstain.
Well done me.

We are all in high spirits.
John, Sean and I go through our warm up routine and we hit the stage.

The audience is seated in a large square auditorium flanked by steep terraces on either side and they are perfect.
Warm. Attentive. Responsive.
I am having a happy time.
At one point I accuse some poor soul of interrupting, but later discover it is my own spoken voice bouncing back at me.
I am heckling myself.
Idiot.
All, however, is going very well indeed when prancing down an aisle comes some rat-arsed-pissed (drunk not angry) miscreant.

I would say he was on something but I don’t need to reveal that I know precisely what that looks like.

He was flinging himself
about like a prawn in water who by all impressions looked like I’d suddenly bought him a pony.

Why a prawn wanted a pony I cannot explain.

Dance then, I said, Dance!
(you mad fuck)
I was thinking that last part as opposed to sharing because I still had the crew in my head telling me not to engage in arse-wittery.
Though why he’d want to dance when I was singing about Alzheimer’s I could not tell.
Perhaps he was a sufferer.
Early onset, maybe.
He looked young from my vantage.
–
It’s boring, he shouts.

(It’s certainly not a laugh a minute – dementia)

He was smack bang in front of me and he was infecting my microphone and anyway, bollocks. He was begging for it.
Long and short I told him to drink less and heralded him a great Twat and gifted him an old fashioned dead eyed face off.
That’s my special talent.

He later evaporated after a meek cry of ‘Meet me’
It was tempting but I had a show to finish.

Our set did indeed end with everyone on their feet and we were delighted to be together.

A day full of every kind of delight and I did delight in all its eventualities.

In my fine lounge I am joined by John, Sean, Dougie and G. Mikey and James too when they had packed up their gear.

A delightful man who has an empire of fine wines has visited tonight to kindly give us a wine tasting.
I forget the legger.

I am new this year to wine but can confirm that this is indeed precisely that and my experience would hazard a guess at Red.
None of it burnt. This was very good stuff. I could tell.
Those of us better informed are delighted by his wares. I intend to study them at my leisure.
I thank him earnestly.

We listen to some Flight Of The Conchords that I downloaded yesterday. Mikey and I trading favourite lines.

Too soon Robbie enters and my guess is correct.
It’s late.
They’d quite like us all to fuck off now.
We do and in great cheer. 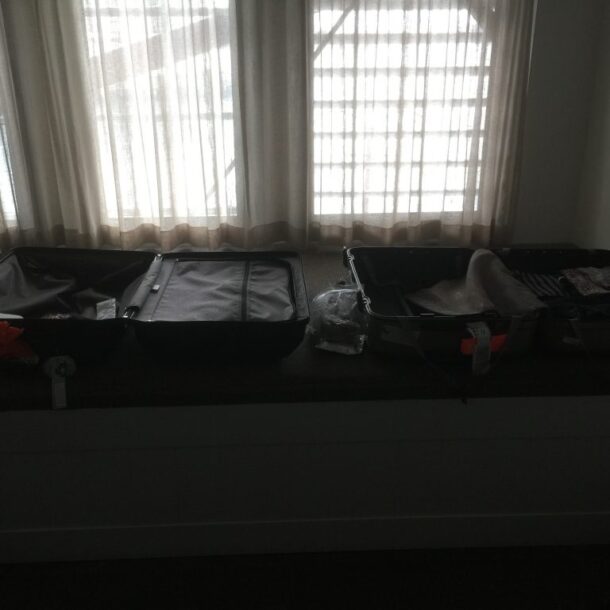 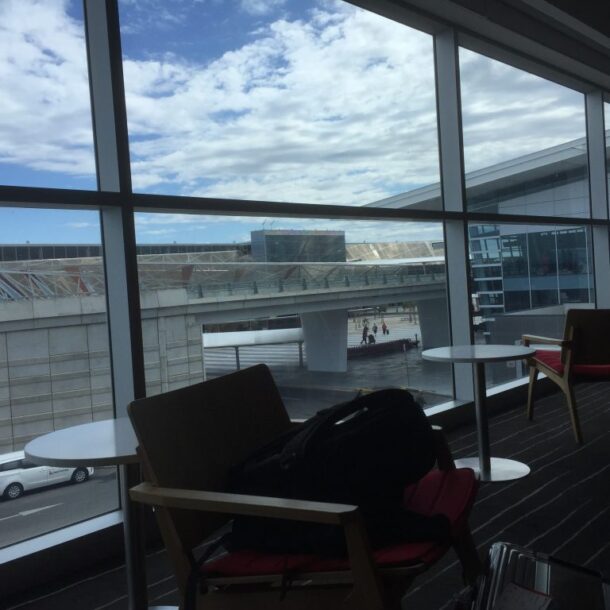 A MOSEY TO MELBOURNE
Next Article