It was a day off, albeit one that was for travel.
We left Cologne on the 11:49am train for Berlin, and got to our hotel some few minutes before 5pm.
I could see we were in the vicinity of a Christmas market, so dumped my bags and turned straight around.
I saw Vinny in the lobby looking into his phone, and walked out into the street.
Alison, he calls, come back.
You need to wait.
That’s not like Vinny to be instructive.
Eh?
You can’t go yet.
I don’t like the sound of this.
Why?
Someone is coming.

It’s a surprise.
I don’t want a surprise.
Who?
It’s a surprise.
Family?
No.
Do I need to be tidy?
No.
Are you sure it’s not someone that will expect me to be tidy?
I’m 99 % sure. It’s someone you will have fun with.
Dawn? I ask.
My first thought, though I had no reason to think it might be her.
I don’t know a Dawn he says, imitating blank.

In comes Dawn and Biggs, wrapped against the bitter cold.

(Elsewhere, my sister and brother-in-law are still trying to get home from the Cologne gig, and have made it to Charleroi (Shudders) I have horrible memories of Charleroi.
And David’s brother is still stranded in Amsterdam)

The weather has conspired to prevent travel, but here they are.

We delight in seeing one another and stroll out together heading for the market, quickly to turn around and briskly march back.
It’s frigid out there.

In the hotel instead, then.

A light early dinner, and shit me, it was light.

They’re havin’ a laugh.
That’s smart hotels for you.
Either way we are together and happy.

Outside the snow falls thickly, and time is quickly spent.

Rules must, and I was back to my room before 9.
Shhhhh Mo. No talking.

Dec 11th
In the morning I had breakfast and a bath and listened to my book as I packed my gig case for the day.

I want to get to the venue early.

Arrived, there was soup to be had in catering, and then I started my ritual for getting ready.

Sean was next door playing Bowie, loudly.
Nice, but I’m in story mode.
My book was set to level stun.
I won.
John came in to ask me to turn it down.
He put on his tired face to great effect.
I deferred to his weariness and turned it off.

That was boring though, so I moved my speaker away from his wall and turned it back on, though substantially down.

Can’t say fairer than that.

With plenty of time to spare, I turn out the wardrobe to find my optimum pair of tights.
Adequate compression and yet still the ability to breath at will. (Lungs)
It is my favourite combination.

We warm up.
Sean assures me we won here last time, plus we have sold more tickets, this.
Always a good sign that we have not previously fucked off more people than we pleased.

Near half 7, I get to meet Wyndham Wallace.

Wyndham is the first music journalist I spoke to on the release of Other.

The understanding I felt him to have of my work and my career trajectory proved true steel to my spine.
I remember putting down the phone afterwards, elated.

This is not an album that was going to suit fans wanting a Turn entrenched in romantic easy-listening that they could, untroubled, slip into.

Even from my own camp, the calls that did not come were loud in their silences.
I had not delivered something any would find easy to sell, and so pretending it hadn’t arrived on their desks was easier to them than declaring a WTF are we going to do with this?
I had G in my corner.
She was plenty.

I felt the reservations keenly, but am far too pragmatic to have my nose out of joint about it.
I get it.

I though am too old to be hostage to bald ambition.

There are publications and arts programs alike that cannot imagine a middle-aged woman, a good while lost in soft-pop terrains of no interest to them, to have any agency or creative nous worthy of attention.
There are far surer avenues for them to explore.

I say that as simple fact.

It’s just the nature of the game and when once I briefly had their ear I did not play to it.

Today, as the Berlin resident that he is, we meet face to face and I am made happy again.

This venue is a big square of floor with a high, high ceiling.
A great box of a room which might as easily be factory space.
From my vantage, a bar runs the length of its left hand side.
A triangle chunk of high stepped wooden bleacher seats is pushed into the middle of the right, and at the back a railed gallery where shop stewards might call the machine workers to stillness, were this a place of industry.
The stage is a high and wide chunky brute.
2/3rds of the way ahead, our mixing and light desks.

The show goes up.
I am higher from the audience than is my preference, but again a standing gig, and sold out, and I am in my comfortable place.

These European audiences have been a gift.

Germany always kept a corner for me when the star waned.
I have no reason from sales figures to suspect that ‘Other’ has been well shared, and I know my new music is rarely featured on radio.

Maybe it is that the internet has made a greater impression than I imagine, or maybe these standing gigs are populated by music people more open to ‘New’ if it is presented to them well, and with commitment.
The hits were certainly received well, as all acts will learn to expect, but the new too, was met with face value honest appreciation.
‘Other’ again was rewarded by applause long and heart felt.
This cracks my chest.
It is both thrilling and bewildering.
I am touched by it.

There are no glaring faults.

The crowd are onside.

It finishes all too soon.

Heading back to my dressing room, I
meet Dawn and Biggs outside and we sit together a while, happy to be together sharing another event in our lives.
They are spilling words too glorious and too many to keep, and I am rendered speechless.

When all are gone, Vinny and I, packed and loaded, climb into our taxi.
Hotel bound.

A day of many generosities. 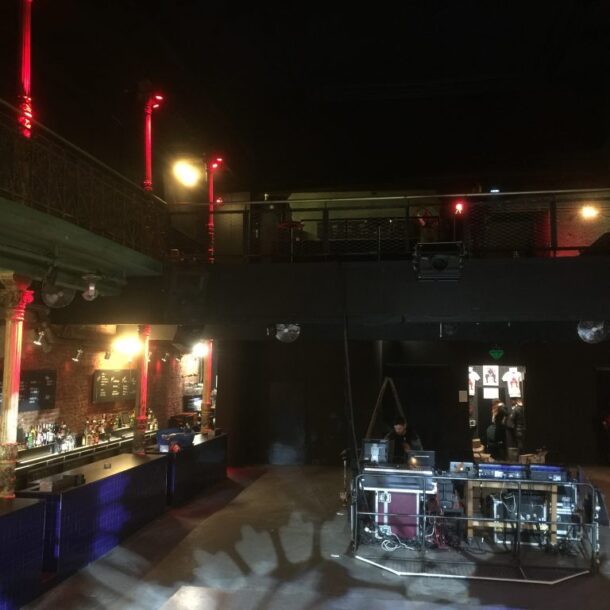 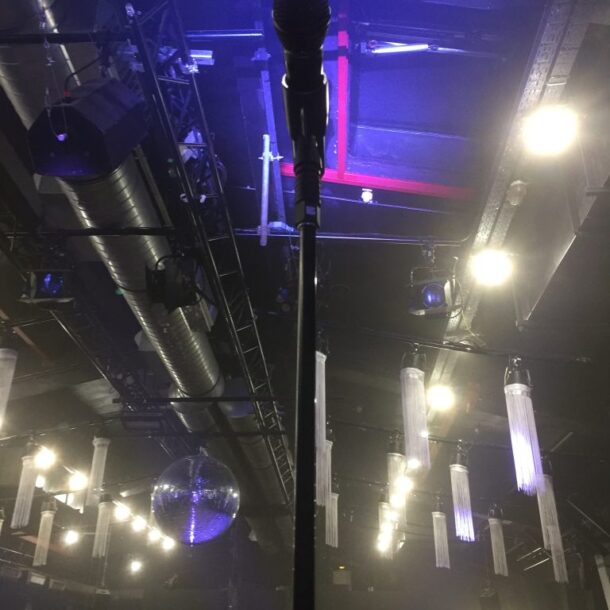