An easy start.
12 O’Clock hook up with Vinny No-Show.
Calling him after 15 mins I have patently just woken him up.
Sheeeeet! He exclaims.
Be down in three! He blurts.

Not quite but it was a suitably abashed Vin that met me there some 15 mins later.

We still had loads of time to make our flight.

Vinny, as usual, allowing enough time to assemble an Ikea wardrobe single handedly before the gate is built, meant that I had an age to faff.

For shoppers I imagine Milan airport is a dream.
For a non shopper like me it’s still pleasant.
I can think about all the gifts I could have bought if I had an eye for beauty or could picture anything usefully in situ.

I find a mozzarella bar and order a tuna salad.
Finely laid bench tables with plastic cutlery.
Charming waiter.
It was grown up.

Early to the gate I buy a cappuccino.
1 Euro 50.
I had to ask if they were in error and had assumed I meant dust.
Haven’t had a coffee as cheap as this since the decade that cannot speak its name.

An easy flight that wasn’t full, slightly delayed because of a heavy snow fall at our destination and time needed to clear the airport.
I imagine that is a country well versed in this eventuality.
No dramas.

We descend to a white landscape.

Today is a day off. We land in Zurich and head for the hotel, getting in around 5.

It is the last chance to make a dinner as a whole group, this tour, and I’ve not been out with the crew since Los Angeles.

7pm to meet in the hotel bar. Check.
I rest a while and miss the get together entire.
I doze.
My bones are too tired.
I am still not sleeping at night.
It’s a pain in the proverbial.

My room is pleasant but it has a small bed and a bathroom so tiny it requires leaving one leg in the corridor when sat on the toilet and mild scoliosis to avoid head-butting the sink in the process.

David is coming to see the show tonight.
His brother lives in Zurich, and it’s a last chance to escape the building dust for a good while.

I ask G to have me moved to a bigger room for this second night and it was a very good call indeed.
David arrived shortly before I had to leave early for the venue.
Tomorrow is the last show of the tour and the crew need to leave sharpish to make the channel ferry.
I am having my second case brought up from the bowels of the bus to pack away my half of the wardrobe, bar the essentials I need for the Paris show.

I am thorough and am quickly done.
That’s a job I can skip tomorrow with all our goodbyes to be had.

My dressing room had a brightly lit, warm bathroom so I shall get ready in there.

At four Vinny and I walk out looking for some food.
A few people are waiting outside the door.
I forget this happens and feel a little shy for looking so unkempt and Tour battered.
I sign some things but beg to decline photos and the fans are warm and kind about it.

We find a Food Hall close by, but bread reigns supreme and I can’t face another sandwich.

Over the road is one of those places that has pictures of all its dishes on display.
Easy to see what you’re buying.

I had a year of German language at school so could understand a couple of the words.

Speaking them back however makes it clear that the shopkeeper had not had a year of Gobbledegook.
Thankfully, as with most mainland Europeans, their grasp of English is more evolved, and consequently a deal is done.

I get my food to go and return to my dressing room.

The food was hot and quick and kindly served – good.
It was reconstructed chicken, would set your average brit back a small mortgage and I didn’t eat it – bad.
There are ups and downs to everything.
On the whole I enjoyed the experience.

Happy in my bright bathroom with my audio book and and my bits and pieces, I get ready.
I am dizzy with fatigue.

The boys come in and we sing. We are all dragging our bones a bit.
They miss their spouses.
Mine is today close by, but I long to see my kids.
Soon, now.

I don’t know if I’ve played Zurich before.
I will have to ask Coatsie (My digital manager and career memory back-up) when I see him in Paris tomorrow.

We warm up thoroughly and are both hearty and scratchy in turns.

We’re all at the end of our reserves.

We go on a little detached from one another but each with every intention to make it a show that counts.

My Brother-in-law, Andrew, who has made this city his home and will never now leave, says that Zurich audiences are somewhat reserved, so I expect no heat.
How wrong was this.
Here I am met by a full room of weaving, swaying, engaged, vocal, loving, highly appreciative people.
A sea of life.
I simply loved it.
One of the best atmospheres I have enjoyed on this tour.

I am mildly disappointed in myself because at one point I got a bit shirty.

I was singing ‘Other’ and it felt like maybe my best performance of it on this tour.
I was deep in the moment and then at the side to the front I heard shouting.
Proper shouting tearing in to the quiet.

I finished the song but the depth for me was lost.

Inside my head was Matron battling with Libre.
‘Take the shouters to task’ challenging
‘This has been an exemplary audience. Let it lie’.

Naturally my default arsehole won and I gave them a virtual ear clipping.

Obviously then I felt uncharitable.
Sean and Dougie had heard it and their take was that it was a couple wearing earplugs trying to converse.

It does get loud down the front.

Not in ‘Other’ though.

David didn’t make me feel better by saying they hadn’t heard it where they were. Just my telling them off and that sounded unduly snippy.

I do feel bad.
It was such a great night.
The audience filled my heart. Properly made me love them.
I’m just not going to think about that bit anymore, so don’t mention it again!

Off stage I change out of my dress in my dressing room bathroom and David comes back with Andy, and we talk a short while.

Back to the hotel and I am double applauding my decision to change rooms.

More talking – 3 months with so little.
We eat load out sandwiches… (!)
I get in the bath.
The day closes. 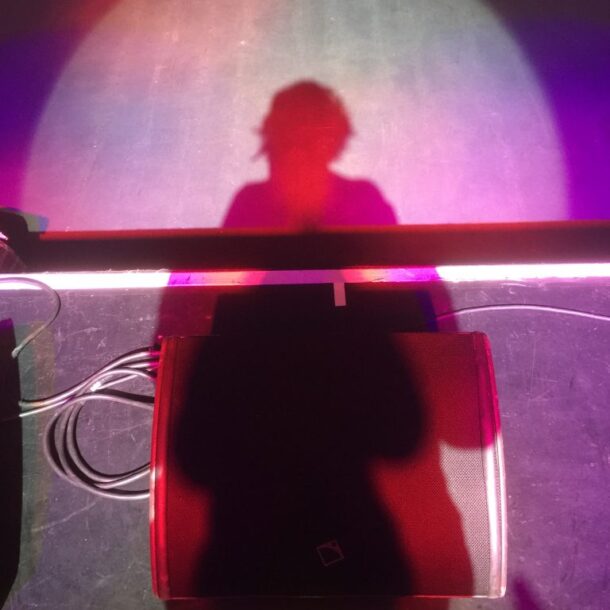 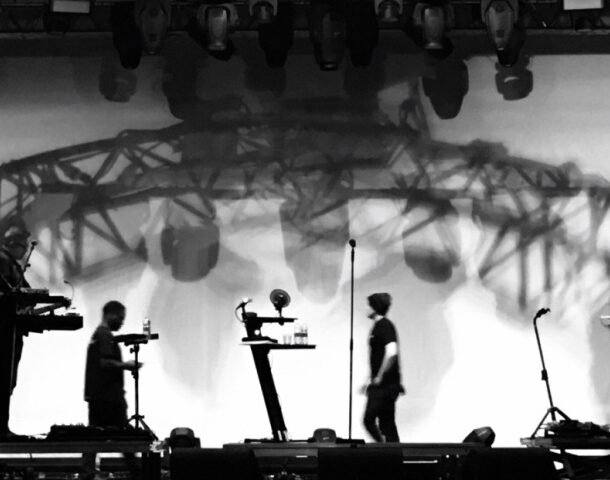