I ran a bath as much to humidify the air as to wash in. The water is tepid and falls from the tap so weakly that by the time it hits the tub it is barely that. It is the type of bath that is designed to deter you from reclining in it.
The back is sheer and pokes at my shoulders like a school yard bully. I am unmoved. You will see no discomfort in my face. No one’s getting my dinner money. To illustrate that fact I play a game on my phone. Fuck you, Tub Boy.

Tonight at the Fonda is our last show in the U.S. on this leg. We intend to make it count. Darren and James both think I should soundcheck. I say I will. I will go to the venue and get ready there.

I pack a bag and meet Tim and G, who has returned to lead the tour to Australia, in the lobby.

Backstage is dark and funky in a good way. The wall paper is cliched in that it is a montage of various rock and roll bands, but the black carpeted corridors (don’t look closely) that have sofas and tables for drinks, feel welcoming, and occupied by a lounging crew, positively have the feel of a shared student den.

Someone notes there is an impressive lack of graffiti. Only Sting has been defaced. Sting gets a rum deal.

At soundcheck, Sean is anxious and John is being protective of him. Sean has succumbed to the cold and perhaps vocal strain, and as one who takes very seriously his vital contribution, is stressed and unhappy. No one understands how he feels better than I. He will steam and perform endless vocal exercises and will sit with John to see how he can invert his vocal harmonies to accommodate this temporary handicap.

Sushi comes but the order is wrong. No appetite anyway. Made up and dressed in the outfit I do remember to bring.

When later we warm up, Sean is more relaxed. His focus has proved productive and he has opened his throat enough to pitch, if not to project as widely as he would wish. Darren can support his volume out front. It’s going to be fine.

We are all excited and charged for tonight.

Waiting for the hour, we touring party gather together on the steps down to our lounging area and G catches our likeness for posterity.

It captures perfectly the way we all feel about working together. Ours is truly a happy cohort.

Our leader track ‘April 10th’ starts up and we hear the crowd roar their approval when the sub bass kicks in, and Eric, our U.S. acquired Lighting Engineer, throws out shapes with masterful artistry of his own design. The show he has produced in these 3 short weeks is remarkable. Later in the show I shout it out. This is his last show with us for now and he warrants recognition.

The Fonda is sold out and we come on to a sea of approval. Smiling, shouting, exuberant faces.

The sound on stage is full and round, and I am in the pocket the minute I open my mouth. Tonight singing is wonderful release. I am in control.

My heart is full and I don’t want to be anywhere but here. The audience are everything I hope for. Unadulterated abandon, free movement and quiet contemplation. What a perfect way to sign out of this place. Feeling everything good.

I called for more stage sambucca, approaching now as I am the freedom of 6 days without a sing. Nothing to hold back for. Nothing to save.

I gather with the boys off stage before the encore and we grin wide. Wet. Elated.

Back on, Mikey, our side stage programmer, joins us and takes photographs of us with the audience.

All that sea of phones it seems reasonable that we reciprocate.

Stage clothes removed and now in dry attire and for the first time since the tour began, we exhale together.
The crew, the band and I. Cold drinks and warm hearts. We collectively have a clean half dozen of guests who ease into the sofas with us and make for fine company. The poor venue staff need to remind us 3 times to leave, and finally we do.

Hours as it was after the show ended, a small crowd are waiting still at the gate. Long known faces and new. Pictures and signatures and kind exchanges all.

At the hotel we reconvene in an unlit and closed bar. Residue of rider came out along with Dougie’s birthday single malt and we continued our Hurrah. G, jet lagged, peeled off first. Followed soon by Tim, and then Sean and John. This left me in the bosom of my crew friends. I don’t know how it occurred but we found ourselves wobbly and in a diner affront a table of milkshakes and slider burgers and hanging out with Bumledge who happened to be in town, apparently on the same circuit as us. They always get messy. We’re not responsible.

At 6am it was deemed time enough to retire to our respective rooms. We bid a fond farewell to Eric and dispersed.

In my pit I may have removed make-up from at least one eye and then sleep happened. 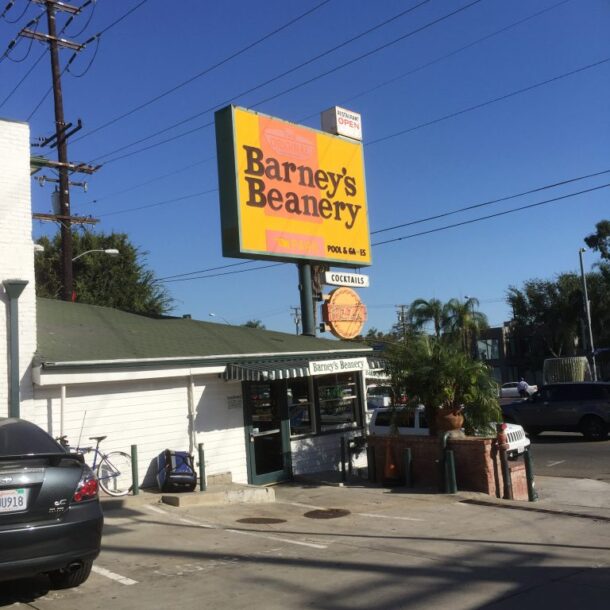 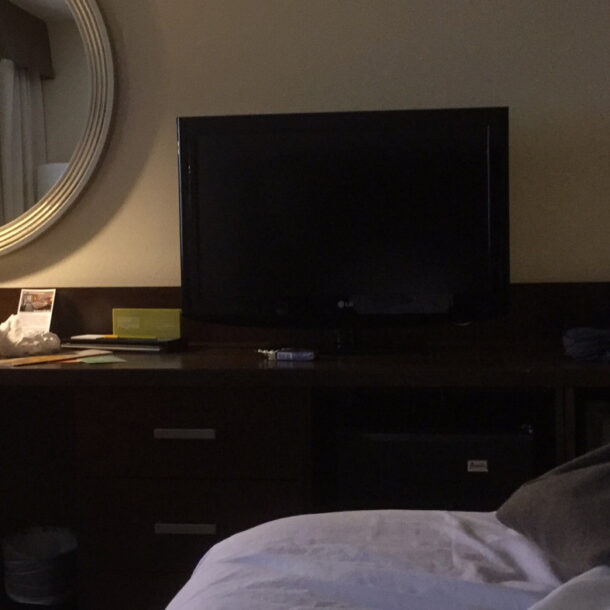 THE MORNING AFTER. THE MORNING BEFORE. SEPTEMBER 27TH. IN L.A.
Next Article